Georgie Barrat is a well-known face in the tech and TV world, presenting The Gadget Show on Channel 5.

She is also an experienced journalist, writing for publications such as The Mirror and The Huffington Post.

Georgie will be joining us as a keynote speaker at simplyIC on the 20th of May, where she’ll be sharing her thoughts on the latest consumer trends and interfaces. 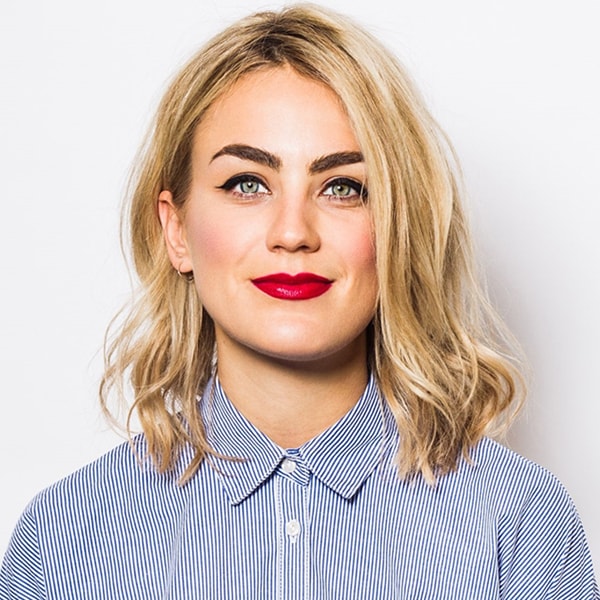 How do you inoculate yourself against the rise of the robots?

Anything that can be a process or has repetition to it that can be easily replicated by AI will be done by robots and computers. Our effort needs to be channelled into other things. It's about emotional intelligence: being able to work in teams, communication, and creativity. Technology is really distracting and there are huge drawbacks when it comes to notifications and always been switched on, which means you're eating into your creativity. If there's a solution to that, it would be having systems built into our technology, so it is less distracting.

Now that people are working from home a lot more, it’s important to contain that and build your working day in a way that optimises your brainpower and creativity.

Hybrid meetings are something that we're learning and adapting to and getting to grips with the new set of rules around this and finding out how it can work. What it’s pointing towards is a ‘workification’ of home and ‘homeification’ of work. Technology has been the enabler of all that and it's something that people are wanting more and more.

Originally, it was something that millennials said they wanted a lot, but this past year has shown that everybody wants it and it's not a generational thing, it's a work/life balance thing. A work/life integration allows you to do multiple things, whether that’s working, going to the gym or being with your kids.

You've been working on the Gadget Show, in a male dominated arena. What’s it been like as a woman in the tech gadget environment?

I speak a lot about getting more women into tech and what it feels like to be the only women in the room, but interestingly, because I work in media and TV, that is a little bit more balanced. While I have male co presenters, behind the camera there are a lot of women working there, so I don't feel like I’ve personally experienced what it's like to turn up to a workplace where you’re the only woman sat there, feeling isolated. I think it's really important having role models and being vocal about women who have made it to the top, especially women who have managed to balance having a family and a career.

Never underestimate the power of listening to somebody who resonates with and reflects you. Amplifying those voices, giving a platform to those voices, and celebrating them is important. Specifically with the tech industry, they've got a ‘leaky pipe’, whereby women leave when they have families, and they don't come back again. So, how do you help bridge that more effectively? By offering flexible working.

We are the editorial team behind the simplycommunity.
Follow
149 Contributions
21 Followers
13 Following

I am hoping that improved technologies (e.g. kit in meeting rooms that works easily with MS 365) and video meetings being second nature for most office workers will help to ensure hybrid meetings are inclusive and effective for all attendees. I recall the pain of being the only person on the phone for meetings - essentially forgotten and unable to hear people - and hope we don't revert to that situation.

Brands at Work: unlocking the possibilities of hybrid events

simplyteam
simplycommunity
We use cookies to help improve your experience. By continuing to browse our website you are consenting to our use of cookies.
Learn more